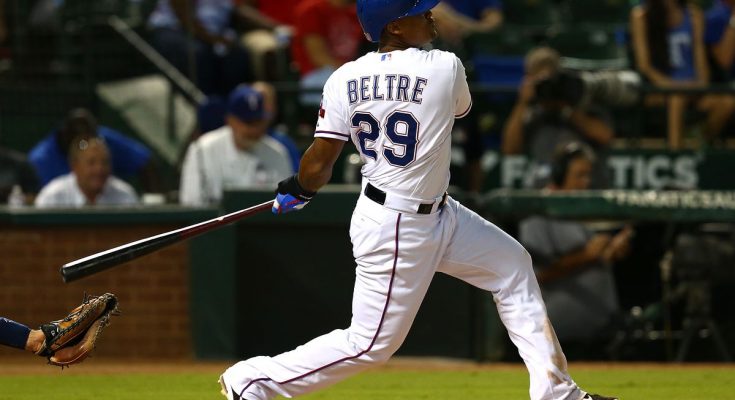 The Boston Globe’s Nick Cafardo reports that the Red Sox and Atlanta Braves Interested In Adrian Beltre.  They both have shown some interest in veteran third baseman Adrian Beltre.

With Rafael Devers on the Red Sox major league roster and Braves top prospect Austin Riley looming at Triple-A, both teams could make sense for a short-term upgrade like Beltre, who is only signed through this season.

While Beltre seems like a natural trade chip for a Rangers team that is well out of contention, there still remains some speculation as to whether or not Texas will actually move him, as the team heavily values Beltre’s leadership and wants him on the roster in 2019.

Beltre also has no-trade protection via 10-and-5 rights.  Still, the Rangers are at least shopping Beltre (and other players) to gauge trade interest, and it can’t hurt that multiple contenders could be in the market for third base help.